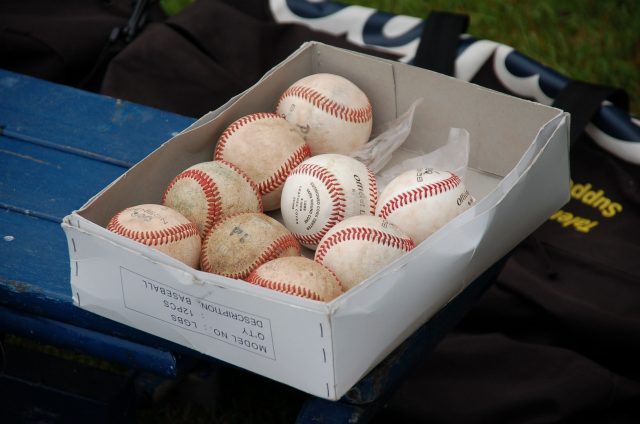 Slippery Rock baseball coach Jeff Messer sends out a group text to his players every day, and one of the themes this week was “Are we for real?”

The Rock (17-7) brings their nine-game winning streak into a four-game series this weekend against No. 8 Mercyhurst (20-5), the preseason favorite in the PSAC. The teams are tied for first place at 10-2.

“I think the biggest thing is we’re not afraid of them,” said Rock senior catcher/first baseman Tyler Walters, whose team lost all four meetings with the Lakers last season. “Everybody feels we’re the best team in the conference, and this is our weekend to prove it. I feel like our lineup is better than theirs. Our pitching will stand right with them. If we play our game, I don’t see why we can’t take four from them.”

The confidence does not end there.

“They’re a good team, but we all think we’re better than them,” said junior shortstop Joe Campagna, a Blackhawk graduate.

“I think this is the year we’re going to show everybody that we’re top dog.”

If The Rock gets the better of Mercyhurst, Walters and Campagna figure to play central roles. They bat in the middle of a deep and formidable lineup that’s tied for first in the PSAC with 29 homers and second with a .317 batting average.

Walters, batting .329 with six homers and 20 RBIs, broke the school’s career record with his 40th homer over the weekend and is three away from tying Shippensburg product Jake Kennedy for the conference record.

Messer, the PSAC’s all-time winningest coach with 981 victories over 33 seasons, said Walters’ mental approach sticks out as much as anything.

“He’s a smart hitter. He knows breaking-ball wise if he has two strikes and (the opposing pitcher) is going away, he’ll hit it the other way, whereas a lot of guys won’t do that. He’s one of the more educated hitters we’ve had come through Slippery Rock.”

“Over the summer, I really focused on making solid contact and simplifying,” Campagna said. “Coming in, I wanted to be the big dog and hit all the home runs, but I realized that’s not going to work. You have to play your own game and let it happen.”

Walters and Campagna sandwich cleanup hitter Christian Porterfield, who leads the team with a .378 average, seven homers and 28 RBIs. And then there’s freshman Abraham Mow, the reigning PSAC Player of the Week who is hitting .372 with four homers and 23 RBIs.

“I think the big thing is we don’t have a weak spot,” Walters said of the lineup.

The gaudy offensive numbers only get teams so far, though. Messer said the biggest reason for Slippery Rock’s improvement is its pitching. The team ERA of 4.76 is down more than a full run from 2017 (5.81).

The staff includes Division I talent such as Binghamton transfer Matt Gordon (4-0, 2.08 ERA) and former Temple recruit Alex Pantuso (3-2, 4.09 ERA, 57 strikeouts in 33 innings), along with Central Valley graduate Chris Anastas (4-0, 2.54 ERA). They’ll need to be in top form this weekend against the Lakers, who lead the PSAC with a 3.68 ERA and traditionally possess a stable of dominant pitchers.

“If you have a passion to play baseball, it can’t get any better than this coming weekend playing Mercyhurst,” said Messer, whose team hosts the Lakers for a doubleheader at 1:00 p.m. Friday before traveling to Erie for two games at 1:00 p.m. Saturday. “This is where we wanted to be in the beginning of the season. We couldn’t ask for anything more.”