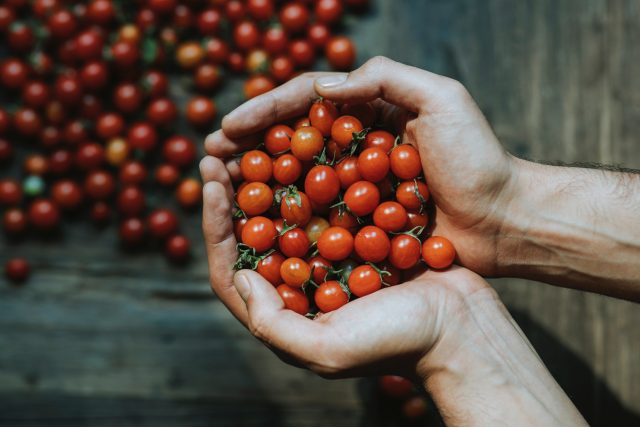 The holidays are a time for people to gather around a table, share a meal and nourish a sense of community.

The students, members of a new freshman-level university seminar course called Food Justice, had not planned to attend the dinners until they were invited to participate after community volunteers spoke to the class headed by Becky Thomas, assistant professor of parks, conservation and recreational therapy.

Coincidentally, the dinners occurred at the same time the class met, at 04:40 p.m. Thursdays.

“We’re a part of the community, so this was an opportunity for the students to learn about it,” Thomas said.

“Before you can get involved in any type of community engagement or community service, it’s important to have a relationship with the community and understand how to approach those service opportunities the right way,” she said.

According to Thomas, food justice is a movement for a food system that provides equal access and opportunities for all people to have safe, healthy, locally produced and affordable food.

Students learned how the movement is a form of advocacy for community control of food systems in which people can make culturally appropriate choices about the foods they produce and consume, while maintaining the well-being of people, animals and land.

Students were also assigned to volunteer at least five hours assisting with food-related service projects, such as growing and distributing food for the Macoskey Center Farm Stand.

“This class has really changed me,” said A. J. Sumser, a freshman recreational therapy major from Avon, OH.

“I learned so much, even things that don’t even relate to food justice. Food justice can be connected to so many different areas in human development.

“We have a voice and the initiative to foster change and facilitate discussions. And through the community dinners we were encouraged to have discussions with people who are different from ourselves,” said Sumser.

The class learned about food issues affecting the community by meeting with Becky Lubold, manager of the Slippery Rock Farmers Market; Carol Lambert, coordinator of the North Butler Feed My Sheep Food Cupboard; Sylvia Walter, who helps run a summer lunch program for school-age children; and Wilma Oman, a co-coordinator of the community dinners.

“There are food access issues in this community, even for people who have jobs but are still struggling to feed themselves and their families,” said Lubold.

“Through the efforts of community volunteers, we’ve been working to address some of this.

“The other part of that is we have people who are producing food locally, and we want to help support them and give them a market for their food, especially healthy, fresh food for the community,” she said.

The Feed My Sheep Food Cupboard in Slippery Rock provides food for more than 150 individuals and families each month.

Lambert said Feed My Sheep is intended to provide a “stop gap” for people needing food for a few days a month. All food is donated to the cupboard by a variety of community members.

“You never know unless you walk in someone’s shoes what it’s like to be hungry,” Lambert said. “We’re extremely fortunate to have support from the community, and the college students love helping people.”

As the students in the Food Justice class discovered, it’s important to learn about people before helping them.

That was where the community dinners came in.

According to co-coordinator Marilynn Martin, the dinners were organized about 10 years ago by groups from different churches around Slippery Rock to serve those in need, provide fellowship for the isolated, and unite the community.

“We enjoyed having (the SRU students) there,” Martin said. “It was great having them there because that’s one of the things we encourage: people of all ages interacting.”

“(Attending the community dinners) was our chance to really get into (the idea of food justice) and see how we can be active in the community,” said Hannah McDermott, a freshman recreational therapy major from Waterford.

“We talked a lot about how food brings people together. It was so cool to talk to people in the community, and a lot of them go there just to have a good meal and talk to each other. You can build a lot around food,” she said.

For additional information about the community dinners, contact co-coordinator Martin at 724-556-9466.

Donations are accepted from guest who are dining, while volunteers are welcome to assist with serving and cooking the meals.

Those wishing to volunteer at or donate to the Feed My Sheep Food Cupboard, can contact Lambert at 724-421-5274.

I Do Not Support George Floyd And Refuse To See Him...