When people view his work, Gary Jurysta hopes they leave with a broadened appreciation for what art can be.

In his mind, being “creative” means that an artist, which he has been professionally for more than half a century, not only has license to make something new but has an obligation to do so.

In his debut at Penn State, New Kensington, underway daily through Sept. 28, he offers “Line of Inquiry,” an exhibition of 18 lively, colorful, and purely abstract paintings, created since 2016.

“It is impossible to create a painting about nothing, so the viewer might begin by imagining what these paintings are about,” the award-winning artist now residing in Pittsburgh’s Highland Park, suggests. “The titles can provide a hint, and all of the physical and visual clues are there in the work.”

Jurysta, a 1955 graduate of Butler High School, says that abstract artists have for over a century been inspired by the invisible realities that surround us. “So, my favorite subject, to paraphrase Paul Klee (prolific Swiss and German artist), is that I try to make that which is invisible visible. I try to create visual equivalents for nonvisual realities,” he explains. 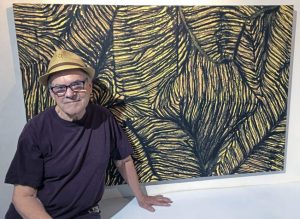 The Lewisburg, PA, native has shared his insights in a wide range of teaching assignments including Seton Hill College, Slippery Rock University, Indiana University of Pennsylvania, Rhode Island School of Design and the Governor’s School for the Arts, Bucknell University.

From 1966 until 1972, when he moved from the region, he exhibited at Saint Vincent College, Seton Hill, The Westmoreland Museum of American Art and at the Greensburg Arts Center.

In 2013, he received the Master Visual Artist award from the Pittsburgh Center for the Arts and included a show of his work.

“Gary’s use of color and composition is flawless, and his style as creative as any artist in the country,” says Barbara Hollander, site coordinator for the nationally accredited Southern Alleghenies Museum of Art-Altoona, which is hosting a retrospective of his work next year from Feb. 22 until Aug. 17.

At 81, Jurysta remains “vibrant and vital in the current art scene, seeking out other artists’ exhibitions and counting many artists as his personal friends,” says Hollander.

In his unassuming manner, he is able to make a big impression, she adds. “It could be the twinkle in his eye and his easy manner, but he is able to make strangers comfortable. He is also quick to smile and that never hurts,” she says.

Jurysta says he is very much looking forward to the retrospective. “It will be wonderful to see the broad range of work done over a 55-year career and to see how the ideas have evolved. I am grateful to have this opportunity to see it all gathered in one space,” he says.

While painting is his major activity, he also produced many drawings, collages, prints and occasionally sculptures, ceramics and assemblages. 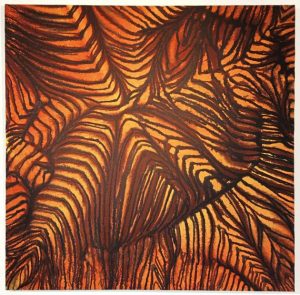 “Tenacity, never getting discouraged to the point of quitting, and enthusiasm for what I do,” he says. “Making art is a solitary endeavor. All the decisions are my own. I am totally independent. I have absolute freedom to follow my own impulses. My efforts occasionally produce something truly marvelous. The physical and mental efforts keep me constantly engaged. I totally enjoy what I do in the studio and I intend to continue as long as possible.”

“The time spent is always illuminating and satisfying because of the critical eye and humor he brings to these expeditions. He is indefatigable,” he says. “He gets his art from a deeper place within, having spent many years making it. But there is also an inquisitiveness and playfulness too, reflective of his awareness and reaction to the current art scene.”

Kocka says the art is also informed by a serious love of and interest in music, particularly jazz.

“I have always been attracted to purely improvised, contemporary, instrumental music, classified in the past as ‘jazz,’ “ Jurysta explains. “I find the attitude of freedom and invention very inspiring.” 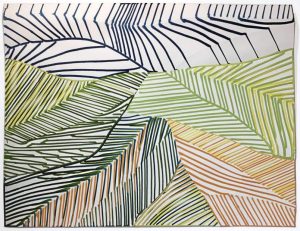 He says the energy, rhythm and complexity of that music relates to the kind of abstract visual statement created on a surface with paint, color, lines, patterns and movement.

“Gary is very innovative both in his use of various materials with which and on which to make his art,” Kocka says. “His compositions and color sense are intriguing and unique and bring pleasure especially with continuing contemplation.”

Jurysta finds exhibiting at a large, well-lighted space like the gallery at Penn State, New Kensington gives him the opportunity to see the paintings all together in an uncluttered environment.

“In that situation I engage critically and devise imaginative ways to continue the series,” he says. “I welcome input from viewers and find their comments about the work encouraging and fruitful.”