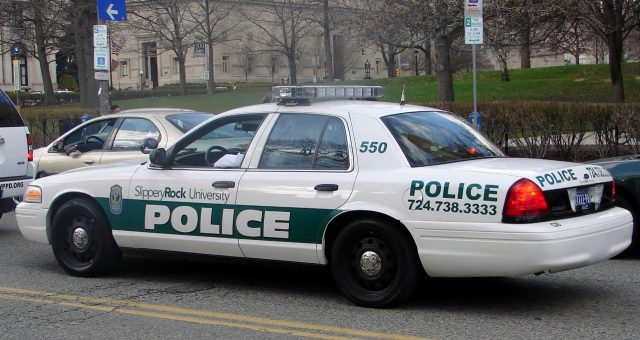 Slippery Rock University police are investigating the death of a student found Wednesday morning at a baseball field on the campus.

Authorities have not released the deceased’s name but it appears the death was a suicide, said SRU spokesman Robb King.

Investigators said police were notified shortly after 10:35 a.m. when a 911 caller reported that there was a male laying at Wally Rose Field with an apparent gunshot wound.

The field is on Maltby Avenue behind the Art Metals Building.

A handgun was recovered at the scene, authorities said.

SRU police were assisted by the state police records & identification division. No other information was immediately available.

A university wide email sent by Associate Provost for Student Success David Wilmes confirmed the identity of the student Wednesday afternoon as freshman Mason Burns of Clarion. Wilmes also included that the university counseling center will be open 08:00 a.m. through 09:00 p.m. from today through Friday.