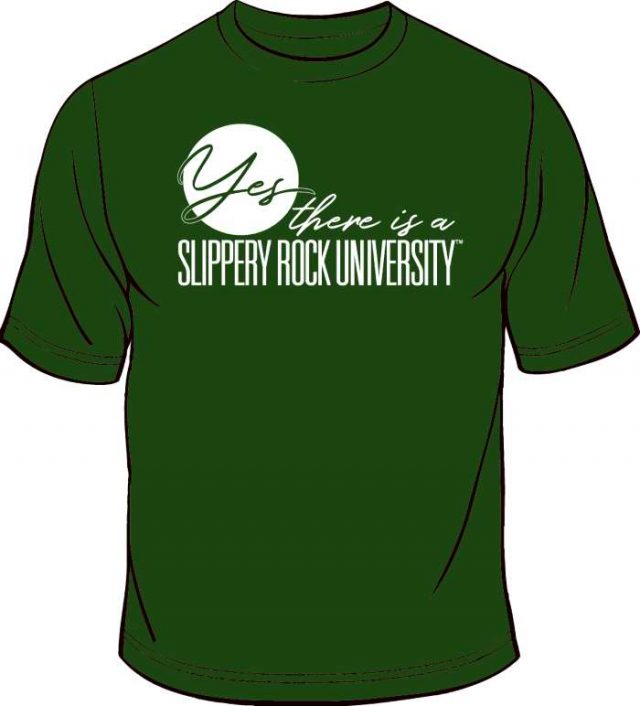 Responding to the admissions scandal in April, McGraw said the scandal was more about parents’ reputations than about students, saying that parents would rather say their children went to colleges like Yale University instead of Slippery Rock.

After a letter from the university’s president criticized McGraw’s comments, McGraw admitted he was unaware Slippery Rock University existed and meant to use a “fictitious example.” The green T-shirts affirming Slippery Rock’s existence have gone on sale in the university bookstore.

The SGA Bookstore is selling the t-shirt for $10 here (in green) and here (in white), with $5 going to student scholarships.