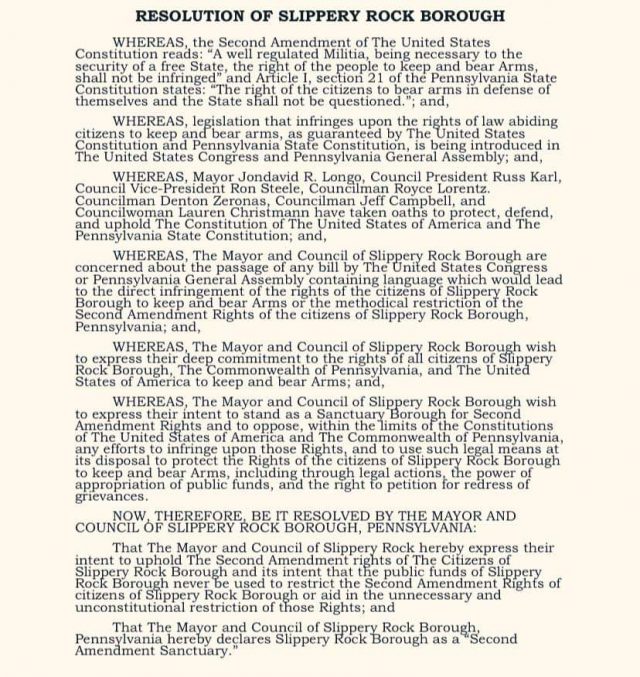 It is with great pride I announce that, as of 10 MARCH 2020, Slippery Rock Borough is declared the first Second Amendment Sanctuary Borough in The Commonwealth of Pennsylvania. In doing so, we have declared our intent to protect the Constitutional rights of the Citizens of Slippery Rock and will not tolerate the further infringement of those rights.

As I drafted this resolution, I was reminded of Patriots like Thomas Paine who reminded us that “Those who expect to reap the blessings of freedom must, like men, undergo the fatigue of supporting it.”

Their words ring as true now as they did during the time of Our Nation’s Founding as we are still embattled in a fight to protect the lives and liberties of our Countrymen that they might pursue happiness and that the blessings of liberty to ourselves and our posterity are fully secured.

Let this serve as a reminder to current leaders of government at all levels across The United States and to all who hope to earn the honor of serving The People as a member of government that we are dedicated to holding them accountable to We The People and their Oath of Office.

With Love For God and Country,
Mayor Jondavid R. Longo