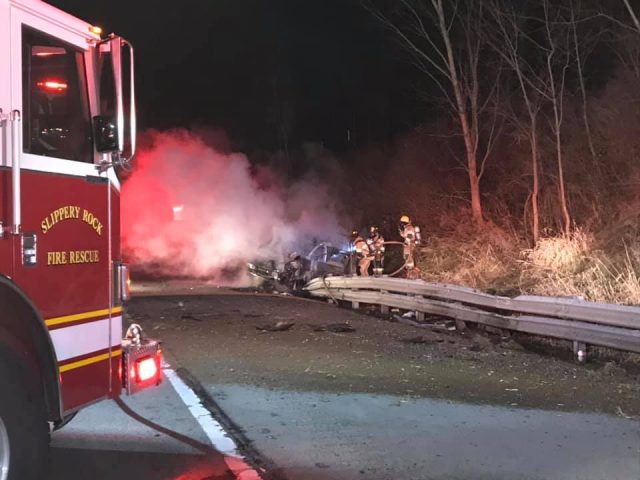 One person was reportedly injured in an overnight crash on Interstate 79 in Butler County.

The vehicle reportedly rolled over and then caught fire.

Slippery Rock volunteer firefighters got on scene and said the vehicle was “fully involved” in flames but all of the occupants were out. Crews quickly extinguished the blaze.

One person was reportedly taken to the hospital.

State police are investigating but have yet to release more information.