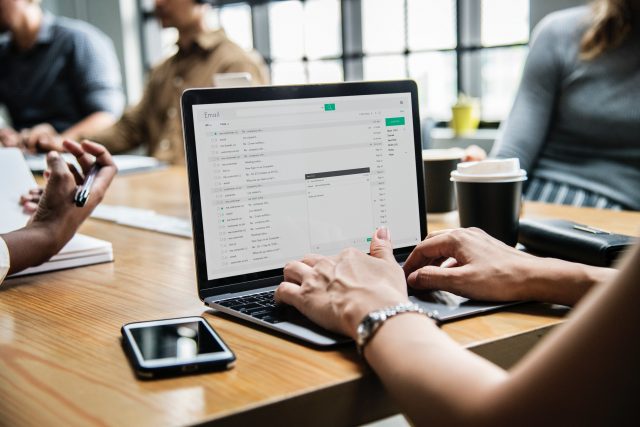 “The Tradition Continues” was the theme for the 2018 Celebrate Business dinner hosted Wednesday by the Butler County Chamber of Commerce and Leadership Butler County.

Held at Slippery Rock University’s Robert M. Smith Student Center, the event is an opportunity for peers to recognize business leaders who have made significant community contributions, as well as future leaders who graduate the Leadership Butler County program.

As Brian McCafferty accepted the Business Champion Award on behalf of Kenmac Rentals and Sales, he told the crowd he was “just the spokesman” for the professional and charitable accomplishments of Kenmac, which has been a part of Butler County commerce and community for 60 years.

McCafferty noted that many people have contributed to the tradition he maintains as present owner and gave special thanks to his parents, who were among the 280 people attending.

Kenmac, one of the first rental shops in the tri-state area, was opened in 1958 by the original “Ken Mac,” patriarch Ken McCafferty. The Main Street staple employs about 10 people and offers for rent items ranging from party supplies to heavy equipment.

Brian McCafferty said he inherited not only the business but a sense of civic duty from his father.

McCafferty’s community involvement has included a decade in the youth ministry programs at First United Methodist Church as well as involvement with the Butler County Chamber of Commerce, Butler Downtown and Butler County Community College.

Entrepreneur of the Year

Nancy Reader, owner of Hearth & Home Furnishings in Zelienople, said she was grateful and humbled as she accepted the 2018 William A. Morgan Jr. Entrepreneur of the Year Award.

Now celebrating a 35-year anniversary and 14-employees strong, the success of Hearth & Home Furnishings coupled with Reader’s community and charitable contributions earned her the award, which is named for one of Butler’s historically prominent business leaders.

Hearth & Home Furnishings offers what Reader describes as a “boutique for fireplaces” in its two-story, 9,000-square-foot showroom.

Reader also has volunteered for numerous organizations, including Zelienople Junior Woman’s Club, and helped start the preschool group Zippco. She has done story hour at the library and was an elder and deacon at Calvin Presbyterian Church.

She is a “Fan of the Strand (Theater)” and also donates her annual “Eggfest” proceeds to the Southwest Food Cupboard. The Big Green Egg, a smoker sold at the store, is the impetus of the event.

In addition to the awards presentations, the dinner marked the 25th anniversary of the chamber’s Leadership Butler County program.

The 22-members of the Class of 2017-18 were recognized as they graduated. Their project was to build the “Garden of Hope,” a garden for The Inn, a Life Choices program that provides a maternity home for pregnant women who are at risk of hopelessness.

Stan Kosciuszko, chamber president, told the audience that he sometimes hears people in the community question the future leadership of the county.

“Sometimes what you are looking for is already there,” he said, referring to the graduating class members.