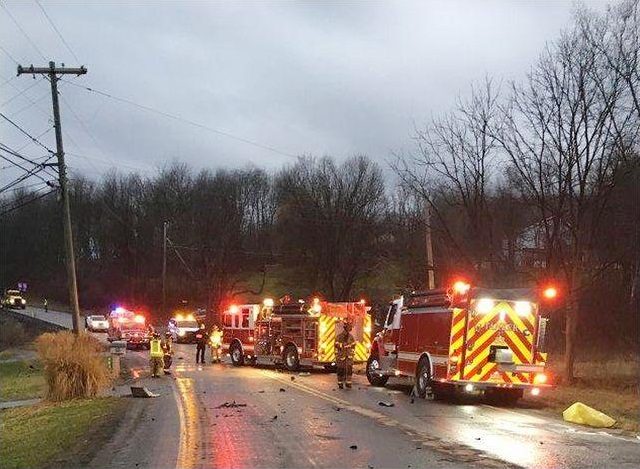 Both drivers were injured, one seriously, when a tri-axle truck and car collided Thursday morning on Route 108 in northern Butler County, authorities said.

The 5:00 a.m. crash just east of the Interstate 79 ramp in Worth Township closed a portion of the road and caused a fuel spill. State police are investigating but an accident report was not immediately available.

Slippery Rock volunteer firefighters had to rescue the driver of the car, who was trapped in his vehicle following the collision.

“We had to lift the dash and pop the door off,” said Slippery Rock Fire Chief Ken Taggart.

Inclement weather in the northern part of the county prevented medical helicopters from taking off.

A Slippery Rock Ambulance crew took the driver of the car to the helipad at UPMC Passavant in Cranberry Township, where he was flown to UPMC Presbyterian in Pittsburgh.

It appeared the truck was headed east on Route 108, authorities said, but the travel direction of the car was not known. The truck struck a tree following the collision, busting its fuel tank.

About 125 gallons of diesel fuel spilled into a small runoff stream that leads to Slippery Rock Creek.

Taggart said the Butler County’s Hazardous Materials Team was called and used absorbent pads to clean up the spill.