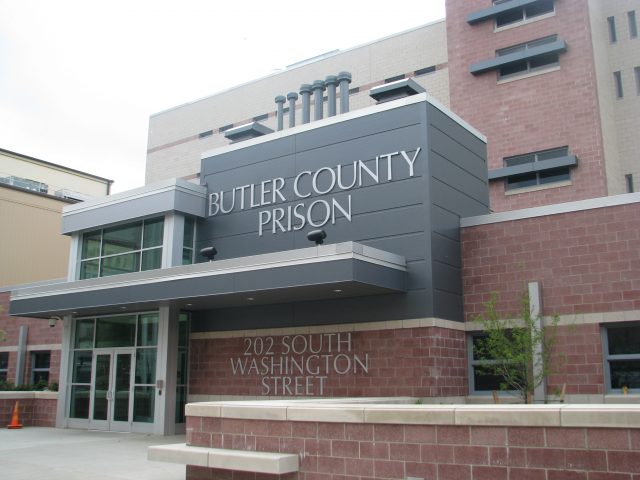 The woman accused of threatening to kill Butler County District Attorney Richard Goldinger was allegedly upset at him for not prosecuting a case in which she claimed she was sexually assaulted, authorities said.

Brittany M. Hartos, 25, remains in Butler County Prison on $100,000 bail as she awaits her preliminary hearing, which is set for Monday in Butler.

State police said Hartos made the threat during a telephone call about 9:00 p.m. Saturday to the National Crisis Hotline. She was arrested within hours of the call.

An employee with the crisis hot line informed police that Hartos had “threatened to go to Goldinger’s house and kill him,” court documents said, “and to also go to his work and kill him if she could not find him.”

The employee advised investigators that Hartos said she “would find a gun if necessary,” according to a police affidavit.

The hot line is also known as the Suicide Prevention Lifeline, which is a confidential service that provides counseling and offers resources to people in suicidal crisis or emotional distress.

She admitted during questioning to making threats on the phone to a crisis hot line employee “because the District Attorney refused to prosecute her rape case,” the affidavit said.

District Judge Sue Haggerty arraigned Hartos on a felony charge of aggravated assault and misdemeanor charges of terroristic threats and simple assault. She was later placed in the county jail.

Goldinger, reached by telephone Monday, said he was aware that Hartos had made a sexual assault allegation “within the past few years.”

He could not remember specific details about the case, but acknowledged that state police investigated the matter.

Goldinger said charges were never filed because there “was not sufficient evidence, at least that’s my recollection.” He said police agreed with his decision.

“It was thoroughly investigated and it was presented to the district attorney’s office,” Morando said. “Along with the DA’s office, we found there was not sufficient evidence to prosecute the case.”

State police refused Monday to release any details on the case or Hartos’ allegations.

Goldinger said that he never met Hartos. But he acknowledged that he subsequently learned from police and a victim’s advocate that she was not happy with his decision.

During her video arraignment Sunday morning, Hartos told Haggerty that she has worked at a Cranberry Township restaurant for two weeks.

She said she has no prior arrests. Online court records also indicated she has no previous adult criminal record in Pennsylvania.

It was not immediately known if Hartos has an attorney. At her arraignment, she was given information on applying for a public defender.

Hartos in May 2017 graduated from Slippery Rock University with a bachelor’s of science degree in social work, said Robb King, SRU spokesman.

Goldinger noted that since he is the alleged victim, he would refer prosecution of Hartos’ case to the state attorney general’s office.