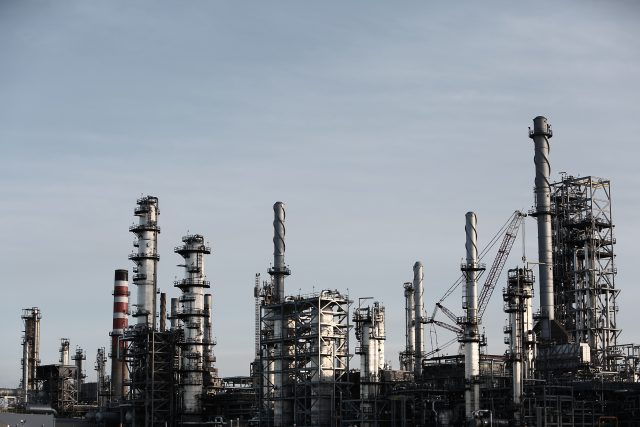 It is a competitive world, and timing is everything.

With an increasing demand for petroleum and natural gas that has led to industry job growth, Slippery Rock University’s bachelor’s program focusing on those industries could not have come at a better time.

The growth of the industry has been backed by statistics from the Department of Labor’s Bureau of Statistics.

Steven Wei — professor and director of the engineering program, which launched two years ago — said the university now has about 10 juniors, 20 sophomores and between 20 to 25 freshmen in the program who will be hitting the job market in the stride of the growth.

“The petroleum industry right now is really good. They are one of the fastest growing engineering professions,” Wei said. “Oil and gas will still be there for a good amount of time.”

Wei said programs around the country are looking to fill the demand, but unlike other programs, SRU trains its students so that they are better prepared.

“We can provide our students with the skills they need once they reach the industry,” Wei said. “We hope the on-the-job training is minimized if we can align our program with the need of the industry.”

Anna Woods, a sophomore, said she is leaning toward pursuing a fieldwork-oriented position after school.

She said in the field she could specialize in the pipelines transporting the fluids and gases, the drilling extracting those resources, or other areas such as the overall processes.

“Even though they’ve been doing the same processes for many years, there’s still room for improvement,” Woods said.

Woods said the training enables the students to fit into many molds.

Wei said versatility is important because every site will be a little different, but SRU’s program also emphasizes skills in analytics, decision making and communication that go into solving the problems presented at each unique site.

Wei said in some cases, students may focus on vertical drilling, or horizontal, hydraulic fracturing.

“Depending on the different geological formation, you use a different technology,” he said.

Wei said the students also work with the same software and tools they would use in fieldwork.

Communicating with professionals of different backgrounds is also important. He said every graduate in this program needs to know a little about geology, so they can have a conversation with geologists about the sites.

“I think it is increasingly becoming an important facet of the profession,” Wei said. “They are not geologists. They work with geologists.”

Safety and ethics are also important study areas in their program, according to Wei.

“Safety should always be a part of the job,” Wei said. “Every industry has its own environmental problem, but they should also have the tools to solve this problem.”

He said a good example of improvements in environmental conscientiousness is the use of byproducts from the extraction processes, such as the cracker plant in Beaver County, which makes plastics from natural gas byproducts.

Woods said she would like to study and eventually create more efficiency in the extraction and transportation processes. She said the key to doing so is in the small details that they learn about every day in class.

“We’ve learned a lot about attention to detail. It’s becoming clear that that’s very important in this type of work,” she said. “I’m very detail-oriented, so that’s a good match.”

Woods said she has had a good experience with the program so far, even serving as an engineering peer leader who assists freshmen in getting acclimated.

“It introduces them to the major and gets them familiar with resources on campus,” she said.

Woods said being only the second class in the program has also afforded the students the opportunity to weigh in on the shaping of the program — for example, being involved in the interview process for potential new professors.

“When I started, there was one engineering person on faculty,” Woods said. “It was really interesting to be able to choose who we wanted to be our professor. It’s been kind of interesting to pave the way for all who will enter the major.”

Wei said the first graduating class will come in May 2020, and he has high hopes for his students and the program.

“We are progressing nicely, in my opinion,” he said.