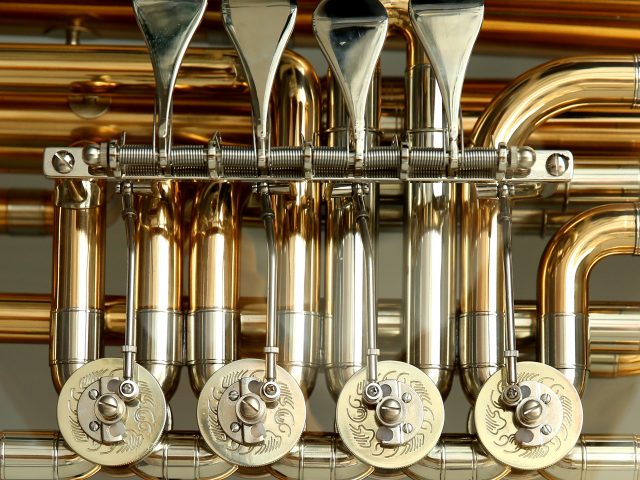 More than 50 student musicians will perform at 07:30 p.m. at Swope Music Hall. Edgeworth native Christopher Mesko, a freshman pianist and dual major in music education and music therapy is among them.

The concert “promises a performance full of personality” Jonathan Helmick, assistant professor of music and ensemble conductor, said in a news release. “This concert is being themed after non-musical elements such as cartoons and caricatures. It was an idea that just came to me as I was programming. I was interested in exposing students to some atypical music and a diverse program. Packed with imagery, it allows the performers and audience alike to dive into their own imaginations as the concert progresses.

Pieces that will be featured include “La Mezquita de Cordoba” by Julie Giroux, a composer of numerous pieces throughout band, orchestra and choir; “Cartoon’”by Paul Hart, a composer specializing in classical music; “Melody Shop” by Karl King, a march music bandmaster and composer; “Dum Spiro Spero” by composer/conductor Chris Pilsner; and “Magnolia Star” by Steve Danyew, a composer, educator and arts administrator.”

The concert’s final piece will be “Fantasie Brillante” by conductor and composer Jean-Baptiste Arban and arranged by Donald Hunsberger.

“(It is) one of those flashy theme and variations that showcases the talents of a soloist. This particular piece is designed to shine. It fits with the theme of the concert as it really does capture a snapshot of the period in which it was written,” Helmick said in a news release.

Helmick will be joined for the piece by the music department’s newest faculty member, Micah Holt, an instructor specializing in trumpet performance.

“It will be a great opportunity for our students to work with him as he an outstanding musician,” Helmick said. “Furthermore, it will be a great way to formally welcome him to the SRU family.”

Admission is $10 for the general public and $8 for students and families.