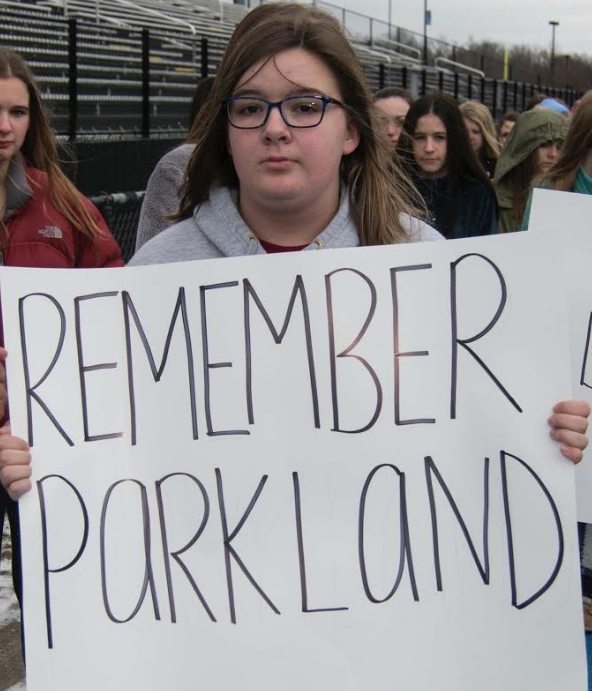 Students across the country walked out of classrooms on Wednesday to support resolutions ending school violence.

Seneca Valley senior Sarah Donaldson of Cranberry helped to organize the event at her school. 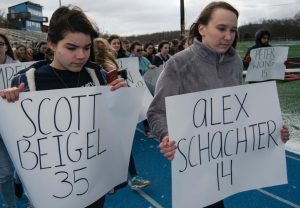 “It went extremely well,” Donaldson said. “We left classes around 9:45am and we walked down to the track field. We were expecting about 300 students but we had a much, much larger crowd. Our principal is estimating we probably had about 1,000 students on the track.”

Seneca Valley High School students walked the track at the secondary campus at 10 a.m. for a 17-minute moment of silence to honor the 17 people killed one month ago during a school shooting in Florida. Donaldson says her group was initially concerned about how school administrators would react to the planned walkout, but she says they were willing to work with the students to allow them to participate without punishment.

“I think that it is an important issue to us because it affects us,” she said. “I think school safety is really important to me and just seeing the students in Parkland grieve and then be able to speak out so eloquently about how they feel, that was something that really inspired me.”

Mars Area High School was closed to the public from 9:45 a.m. to 10:30 a.m. to prepare in the event students did decide to walk out. The Mars superintendent said local police were brought in to ensure the safety of students. Students at Slippery Rock High School were also expected to participate.